I was watching a video today and thinking: “No one would ever guess that song was in heavy rotation on my iPod the year I wrote Iâ€™d Know You Anywhere 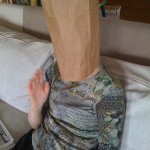 . And then, because my mind is a scattered, strange thing, I started thinking about what a neglectful blogger Iâ€™ve been and how I really had hoped to post more often once the new site was up. My role model is Terry Teachout, a friend who blogs almost daily at Arts Journal and offers up a horn of plenty — videos, quotes, links to his journalism (heâ€™s the theater critic for the Wall Street Journal) and fascinating reports from his own creative life, which includes biographies, operas and now a new play.

Then I thought, well one thing I can do is blog regularly about songs that have been key to the books. Hereâ€™s one. Iâ€™ve posted the Amazon link, which includes only a snippet, but I donâ€™t want to give away Kevin Johnsonâ€™s music for free. (Kevin, in his other life, runs the marvelous Royal Books here in Baltimore, whose catalogs are drool-worthy works of art unto themselves.) Anyway, if anyone ever asked me what Tessâ€™s theme song would be — are you listening, TNT? — this would be my choice.

Iâ€™ve written only — only! — seventeen books, so Iâ€™m not sure how long I can post “Secret Soundtracks.” But Iâ€™m going to try and do it every Monday for a while, although future posts may be more of a guessing game.