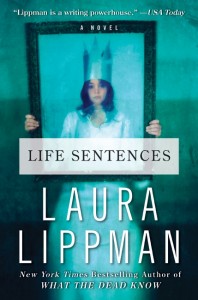 Author Cassandra Fallows has achieved remarkable success by baring her life on the page. Her two widely popular memoirs continue to sell briskly, acclaimed for their brutal, unexpurgated candor about friends, family, lovers—and herself. But now, after a singularly unsuccessful stab at fiction, Cassandra believes she may have found the story that will enable her triumphant return to nonfiction.

When Cassandra was a girl, growing up in a racially diverse middle-class neighborhood in Baltimore, her best friends were all black: elegant, privileged Donna; sharp, shrewd Tisha; wild and worldly Fatima. A fifth girl orbited their world—a shy, quiet, unobtrusive child named Calliope Jenkins—who, years later, would be accused of killing her infant son. Yet the boy’s body was never found and Calliope’s unrelenting silence on the subject forced a judge to jail her for contempt. For seven years, Calliope refused to speak and the court was finally forced to let her go. Cassandra believes this still unsolved real-life mystery, largely unknown outside Baltimore, could be her next bestseller.

But her homecoming and latest journey into the past will not be welcomed by everyone, especially by her former friends, who are unimpressed with Cassandra’s success—and are insistent on their own version of their shared history. And by delving too deeply into Calliope’s dark secrets, Cassandra may inadvertently unearth a few of her own—forcing her to reexamine the memories she holds most precious, as the stark light of truth illuminates a mother’s pain, a father’s betrayal . . . and what really transpired on a terrible day that changed not only a family but an entire country.

USA Today calls Laura Lippman, “A writing powerhouse,” and Life Sentences powerfully confirms it. Past and present, truth and memory collide in this searing novel from a New York Times bestselling author whose novels have won virtually every major prize bestowed for  crime fiction—from the Edgar® to the Anthony to the Agatha to the Nero Wolfe Award. As she did in her blockbuster What the Dead Know, Lippman takes a brief hiatus from her popular series character, Baltimore p.i. Tess Monaghan, to tell a riveting story of deceptions and dangerously fragile truths that People magazine says, “Succeeds brilliantly.”