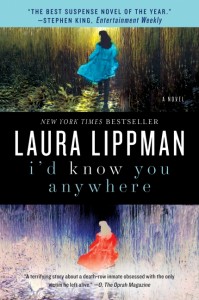 There was your photo, in a magazine. Of course, you are older now. Still, I’d know you anywhere.

Suburban wife and mother Eliza Benedict’s peaceful world falls off its axis when a letter arrives from Walter Bowman. In the summer of 1985, when Eliza was fifteen, she was kidnapped by this man and held hostage for almost six weeks. Now he’s on death row in Virginia for the rape and murder of his final victim, and Eliza wants nothing to do with him. Walter, however, is unpredictable when ignored—as Eliza knows only too well—and to shelter her children from the nightmare of her past, she’ll see him one last time.

But Walter is after something more than forgiveness: He wants Eliza to save his life . . . and he wants her to remember the truth about that long-ago summer and release the terrible secret she’s keeping buried inside.

Laura Lippman, New York Times bestselling author of What the Dead Know, Life Sentences, and the acclaimed Tess Monaghan p.i. series, delivers a stunning stand-alone novel that explores the lasting effects on lives touched by crime. With I’d Know You Anywhere, Lippman—master of mystery and psychological suspense, winner of every major literary prize given for crime fiction, including the Edgar®, Agatha, and Nero Wolfe Awards—tells a gripping and richly textured tale of a young woman whose life dangerously entwines once again with a man on Death Row who had kidnapped her when she was a teenager. This is superior mystery writing in the vein of Kate Atkinson.

One thought on “I’d Know You Anywhere”