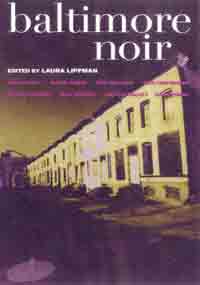 To live in Baltimore-Bulletmore, Murderland, according to one famous piece of graffiti-is to be aware of killing; we have not enjoyed the sharp declines in homicide rates achieved by cities such as Boston and New York. We remain steadfastly in the top five, per capita, year in and year out. Statistically, two people died while I was working on this foreword . . . Baltimore also has an odd geographic distinction. It is one of only two major U.S. cities that lies in no county. (St. Louis is the other.) Landlocked on every side but one, which is water, it cannot expand or annex. Squeezed this way, it is a perfect setting for noir, which depends on an almost Darwinian desperation among its players.