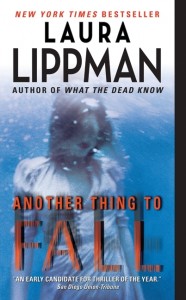 The California dream weavers have invaded Charm City with their cameras, their stars, and their controversy…

When Tess Monaghan literally runs into the crew of the fledgling TV series Mann of Steel while sculling, she never expects to be hired to serve as bodyguard/babysitter to the young female lead, Selene Waites. But the company has been plagued by a series of disturbing “mishaps” lately. And the discovery of a corpse surrounded by photos of the beautiful, difficult superstar-in-the-making is causing Mann’s creator and Hollywood legend, Flip Tumulty, considerable distress.

Keeping a spoiled movie princess under wraps may be more than Tess can handle, since Selene is less naive and far more devious than she initially appears to be. But murder is an occurrence the fish-out-of-water P.I. is all too familiar with—and a grisly on-set slaying suddenly threatens to topple the wall of secrets surrounding Mann of Steel, leaving lives, dreams, and careers scattered among the ruins.

101 thoughts on “Another Thing to Fall”