December 2005 Baltimore is in re-branding mode again, paying $500,000 to a consultant to remake the city’s image. Nevermind that Faith Popcorn took us — um, contracted to do the same — several years ago. Never mind that the city’s image is pretty good, or that it has a perfectly serviceable nickname, Charm City, that captures life in Bawlmer pretty well. Never mind that a letter-writer to The Sun offered a wonderful new slogan for free (Baltimore: Home of the Brave.) Baltimore’s leaders are convinced that one smart slogan will make the city a bigger draw for tourism. I keep pointing out that the city has landed at least one convention precisely because of its murderous legacy, but that pesky fact seems to contradict everyone’s working thesis, so it’s ignored. Anyway, I’m going to do my civic duty and attempt to help visitors to Mobtown. This tour, which several fans have requested over the years, is broken down into a series of four walking tours of varying length — one starting in Fell’s Point, two at the base of the Washington Monument, and one in the Inner Harbor. I’ve also added a list of North Side sites, accessible by car; I’ll provide other car trips over time. Please use common sense wherever you go. While Baltimore is relatively safe for tourists, it is officially the sixth most dangerous city in the United States. Where applicable, I’ve noted the related Tess title in parentheses. Code: Walking Tour #1: Tess’s first neighborhood For the first five books in the series, Tess lived above her aunt’s bookstore on Bond Street, where it intersects with Shakespeare in Baltimore’s Fell’s Point neighborhood. The building on this site is a non-descript warehouse next to a restaurant called The Black Olive — which happens to be run by a former librarian, although all resemblance to Kitty Monaghan ends there. Walk east on Shakespeare — it’s the only way you can go. Careful readers may recall that Jackie and Laylah (BH and IBT) live here behind a glossy red door. At the end of Shakespeare, you’ll reach Broadway. On the west side of Broadway, you’ll find Bertha’s (734 S. Baltimore), where Tess likes to “squinch up her nose at the tourists eating mussels.” (CC.) Across the square there’s Jimmy’s (801 S. Broadway), where Tess often ate after rowing practice, ordering the same thing every day. (BB) If you walk south on Broadway, then east on Thames, you’ll find the original Daily Grind (1720 Thames), a wonderful coffee house that has been referenced in several books. Also on Thames is the old recreation pier, better known as police headquarters to millions of Homicide fans. If you head north on Broadway, then east on Fleet Street, you’ll discover Mystery Loves Company (1730 Fleet St.), a bookstore that helped Tess with her research on Edgar Allan Poe. (IASC.) The Antique Man, owner of the giant ball of string, is one block east. Hearty souls can continue on foot, walking north on Bond Street to Eastern Avenue, then going east to find Patterson Park and the pagoda (BH). Tess’s office is in the Butchers Hill neighborhood that lies north of Eastern Avenue, but the exact address has never been given. Lombard Street? Pratt? Baltimore? Whichever block you search for Keyes Investigations Inc., you’ll find plenty of evidence for the gentrification that has led Tess to worry about being priced out of the neighborhood (BAST). Avid walkers (and pizza lovers) should walk the Eastern Avenue border of Patterson Park (also a key location in a Tess short story, “Ropa Vieja”) and continue toward Clinton Street. There, just opposite the old Patterson Park Theater, is Matthew’s Pizza (3131 Eastern Ave.), where Tess and Whitney confer (NGD). Unlike Tess, I can eat shellfish, and the crab pie at Matthew’s is wonderful. Now call a cab (410-685-1212). If you want to keep walking, ask to go to the Washington Monument on Charles Street. If the cab driver doesn’t know what you’re talking about do NOT get in the cab. Walking Tour #2: Washington Monument — North There are exactly 228 steps in the Washington Monument and it’s worth the climb. (Not recommended unless you’re in good shape and comfortable with confined spaces.) Tess made it to the top — once. (IBT) “Funny, she had never realized what a squat city Baltimore was, how it hugged the ground. The effect was of a low, paranoid place, peering anxiously over one shoulder. She looked east to where she lived and worked . . . Closer, she could pick out the roof of the Brass Elephant, her home away from home.” 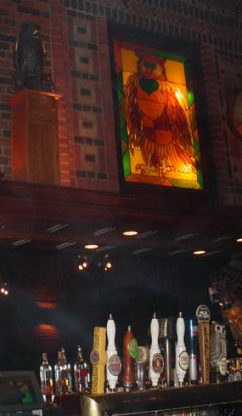 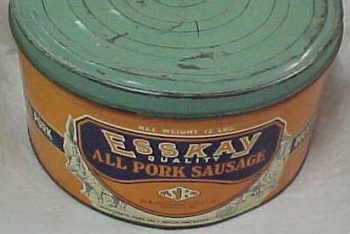 Margaret Cannon of Toronto’s Globe and Mail has named To the Power of Three one of the 12 best mystery novels of 2005.